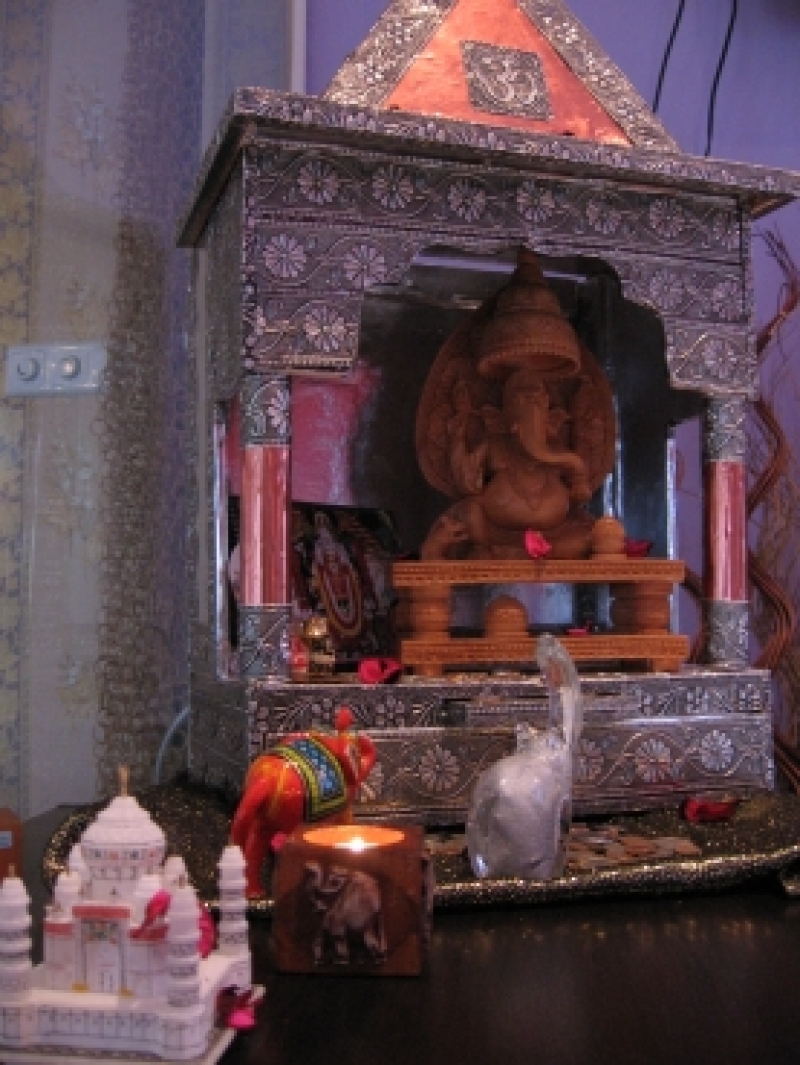 The significance of a really good Indian meal is something that can be understood before the evening is through. So it was with great excitement that a multi-cultural group of us headed to Saffron Indian Restaurant in Studentski Grad on a recent weekend.

Even though it was late (about 11.30pm), the reception was warm and friendly, with staff ensuring that all the guests were very well looked after. When one of the ladies in the party demonstrated her adversity to the cool interior climate of the Saffron (I think we have some geographical neighbours to blame for that!), an electric heater was quickly dispatched and placed behind the hastily prepared table.

Upon first visual impressions, the restaurant could seem to lack in authenticity (or chintz, depending on your viewpoint) as an Indian restaurant, other than a few typical Indian artefacts in the corner and the Bollywood music/film on the flat-screen TV on the wall. However, what was missing in typical Indian decor was surely made up for in quality food and good service. Even though not decorated in typical Anglo-Indian style, a great deal of thought went in the decor and layout.

As a group of nine hungry people, it was a great opportunity to try a good range from the comprehensive starters, main courses and dessert menu (even though there was no Dhansak range) and we proceeded to order?extensively!

The starters arrived relatively promptly and were enjoyed by all, even those in the group who had never tried delicacies from the sub-continent before. Tasty, hot (temperature) and very well presented in small dishes sitting on stands with a small candle below to keep it warm, a charming effect.Aloo gobhi and the tandoori chicken tika were met with ?ahs? and ?yums? from all assembled. The chicken pakora had the authentic spicy batter and presentation of any restaurant in England (and probably India ? I?ve never been!) but the chef?s recommendation of lollipop chicken was greeted with mixed emotions.

Main courses arrived a little later, unfortunately as and when and not together, and rice side dishes arrived a while after the sauces, which meant a delay in starting to eat for those being polite. Those of us who couldn?t wait were not disappointed!

The main dishes once again were very well presented in the same way as the starters and lived up to the high expectations of the curry aficionados around the table and the delight of the less experienced. The lamb jalfrezi (which came on the bone) was superb, as was the chicken vindaloo, which had been ordered with a request to ?spice it up?. The diner was not disappointed and fortunately the waitress was working fast enough to replenish the recipient?s beers in good fashion!

The lamb rogan josh was also delightful and the two vegetarians were not disappointed with the cheese-and-spinach in their palak paneer, either.

Sundries included a good attempt (probably the best in Bulgaria) at pilau rice, very good plain naan bread and poppadoms, which were extremely well prepared and did not have the veneer of oil you get in many restaurants of this ilk around the world. A chilli-and-garlic sauce was also present and only the absence of good mango chutney let down this part of the meal.

There was a selection of desserts available, which once again came out promptly and well presented despite the fact that most of the party by this stage could hardly lift their spoons.

The bill, considering the number of people and the amount of drinks and food consumed, came to a fairly reasonable 200 leva, which equated to 25 leva a person, which was not exorbitant when taking into account the quality of the food and good as well as a good selection of draft and bottled beers and soft drinks.

Good parking opposite the restaurant and a home delivery service (starting in February 2009) will make this a favourite location for Indian food fans and probably help those not acquainted with such delicacies become one.